Mary Filer was born in 1920 in Edmonton, Alberta. She lived in Regina, Saskstchewan as a young woman, studying at Balfour Technical School in Regina, Saskatchewan with accomplished Saskatchewan artist Garnet Hazard (1939-1941) before going on to study nursing at Regina General Hospital (1941-1944). In 1944 Filer moved to Montreal to study at McGill University's Neurological Institute (1944-1946). While in Montreal, Filer studied with Arthur Lismer at the Montreal Museum of Fine Arts' School of Art and Design (1944-1946) and later with John Lyman at McGill University (1948-1950), where she earned a Bachelor of Fine Arts degree. Filer taught at McGill until 1952, when she went to Pennsylvania State University to earn a Master of Education degree, studying with Viktor Lowenfeld and Sybil Emerson.

Filer stayed at that institution to teach until 1955, followed by a year of teaching at New York University (1955-1956) before moving to England to continue her studies, teaching and working on her art in a variety of mediums. In 1967, she returned to Canada, settling in Vancouver, British Columbia.

Filer is renowned for her work in several mediums, including murals. During her time studying nursing in Montreal, she painted a mural entitled “The Advance of Neurology” in the Montreal Neurological Institute's boardroom. This work was selected for Heritage Status by McGill University in the 1980s.

But it is Filer's stained glass work for which she is most recognized. Filer has been called a pioneer for her sculptural glass works — often large-scale — that incorporate glass shards into expressive, colourful geometric structures.

Filer is a member of many groups and professional organizations and has received a number of awards and honours, including an honorary degree from Simon Fraser University and a silver medal for glass design from the Royal Canadian Architectural Institute.

In 2005, Mary Filer was named a member of the Royal Canadian Academy of Arts. She continues to live in Vancouver, British Columbia.

The Life and Art of Mary Filer Paperback
http://bcbooklook.com/2016/09/23/mary-filer-gets-her-due/ 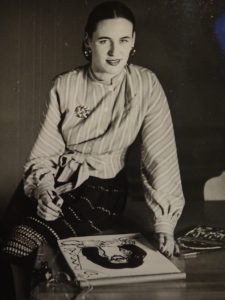